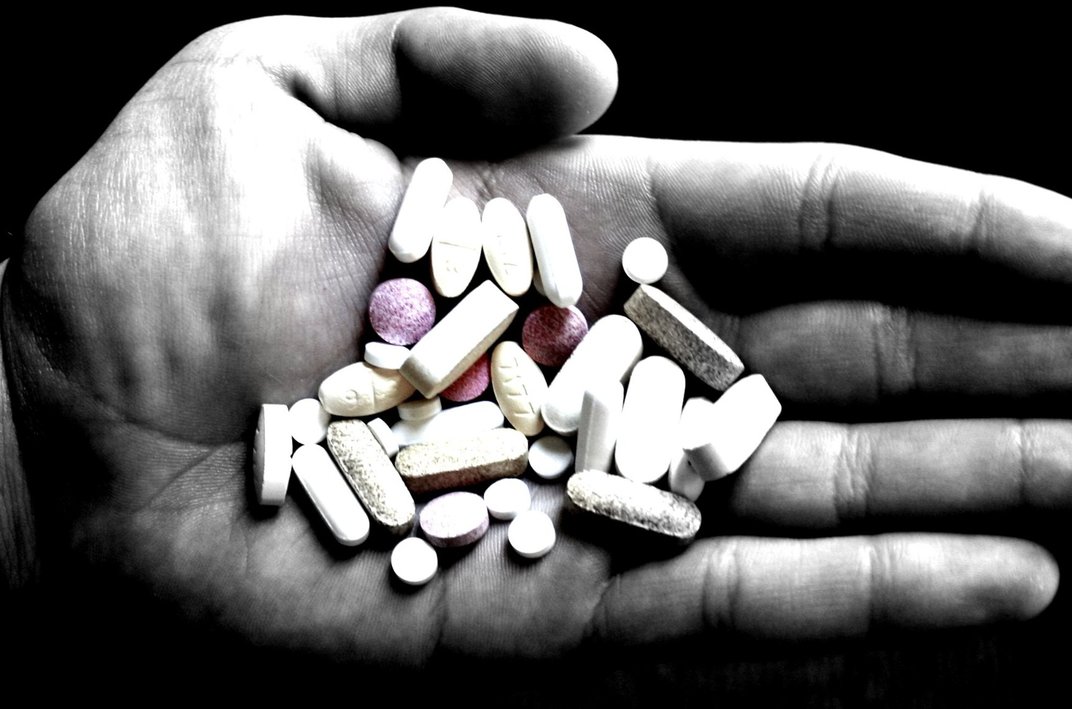 Itraconazole is an antifungal drug used widely to treat fungal infections and is active against Aspergillus, Candida and Cryptococcus. It is effective and now much cheaper as it has passed out of the period of time granted to its inventor to exclusively sell it - there are now several competing manufacturers. It seems to be an increasingly useful and used drug now it has become more accessible which is a good thing in the main but this makes it increasingly important that this drug is properly understood and its very severe potential side effects appreciated and guarded against.

These are the warnings published by the World Health Organisation

The agency says that while the available evidence suggests that the risk of heart failure with short courses of itraconazole is low in healthy, young patients, prescribers should exercise caution when prescribing the drug to at-risk patients. Amendments to the product information of all itraconazole formulations have been made to reflect this information.

By April 2000 the UMC had received 43 case reports from 5 countries regarding the use of itraconazole by pregnant women. 25 of these pregnancies ended in embryonic or foetal death. The remaining 19 reports described a variety of congenital malformation or neonatal disorders. In the 38 reports in which the route of administration was specified the drug was taken orally. The data suggested that:

Care thus needs to be taken about which patients are prescribed itraconazole, adequate monitoring needs to be put in place if needed and sufficient advice given with the drug to ensure the patient is aware of the risks involved and the signs & symptoms to look out for. 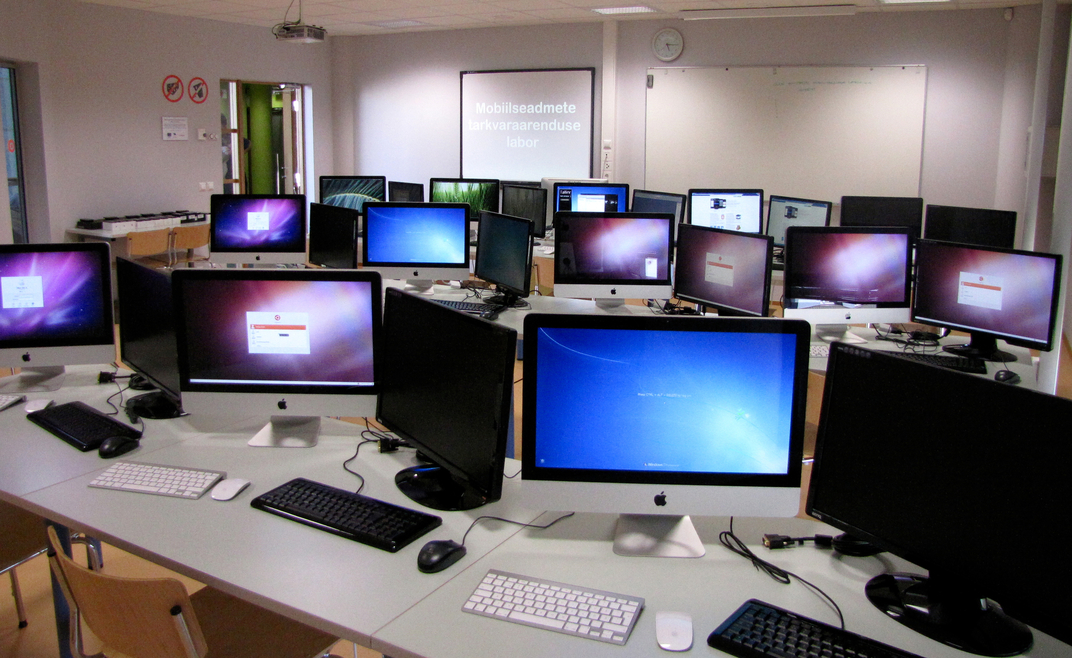 Technology – The saviour of the NHS?

Does the NHS really need saving? Your first question may be ‘does the NHS really need saving?’, and I would have to answer with an emphatic ‘Yes’. April this year sees the official start of Clinical Commissioning Groups (CCGs), the key component of The Health and Social Care Act, one of the biggest changes the NHS has seen. Amongst other things these organisations are tasked with saving the NHS £20 billion in the next 3 years by means of ‘efficiency changes’, despite the Institute of Fiscal Studies saying that the NHS needs to be spending £20 billion more each year by 2020. A daunting task but even more so in the light of the recently published Francis Report, where failings at Stafford Hospital have highlighted the need for compassionate patient care to be at the centre of all decisions. All of this has to be achieved in the largest publically funded health service in the world, which employs 1.7 million staff and serves more than 62 million people, with an annual budget of £106 billion (2011/12). So is it the solution? Clearly technology cannot be the only solution to this problem but I believe technology is pivotal in achieving the ‘efficiency changes’ desired. This might be direct use of technology to improve efficiency or may indirectly provide the intelligence that can drive non-technology based efficiencies; and if technology can be used to save clinicians time this can be reinvested into improving patient care. The NHS already has or is working on a number of national scale IT projects that could bring efficiency savings such as choose and book, electronic prescription service and map of medicine to name but a few. Newer and more localised projects include telehealth, clinical decision tools, remote working, the use of social media and real time patient data analysis. Yet many of these ideas, though new to the NHS, have been employed in business for many years. The NHS needs to catch up and then to further innovate. We need clinicians, managers and IT developers to work together if we are to be successful. Such change is not without its challenges and the size and complexity of the NHS makes implementation of change difficult. Patient safety and confidentiality has to be paramount but these create practical and technical barriers to development. I have just completed Connecting for Health’s Clinical Safety Training and there are some formidable hurdles to development and implementation of new IT systems in the NHS (ISB0129 and ISB0160). Procurement in the NHS is a beast of its own that I wouldn’t claim to understand but the processes are complex potentially making it difficult for small developers. The necessity of financial savings means the best solutions are not always chosen, even though that can be false economy in the long run. Yet we must not let these barriers stop us from seeking to employ technology for the good of clinicians and patients. We must not let them stifle innovation or be frustrated by what can be a slow process at times. The NHS recognises some of these issues and is working to try to help small businesses negotiate these obstacles. I hope in a series of posts in coming months to look in more detail at some of the technologies currently being used in the NHS, as well as emerging projects, and the opportunities and problems that surround them. I may stray occasionally into statistics or politics if you can cope with that! I am a practicing clinician with fingers in many pies so the frequency of my postings is likely to be inversely proportional to the workload I face! Comments are always welcome but I may not always reply in a timely manner.
#NHS
#Statistics
#Psychiatry
#SocialMedia
#ResearchReport
#Drive
#Solutions
Dr Damian Williams
almost 9 years ago 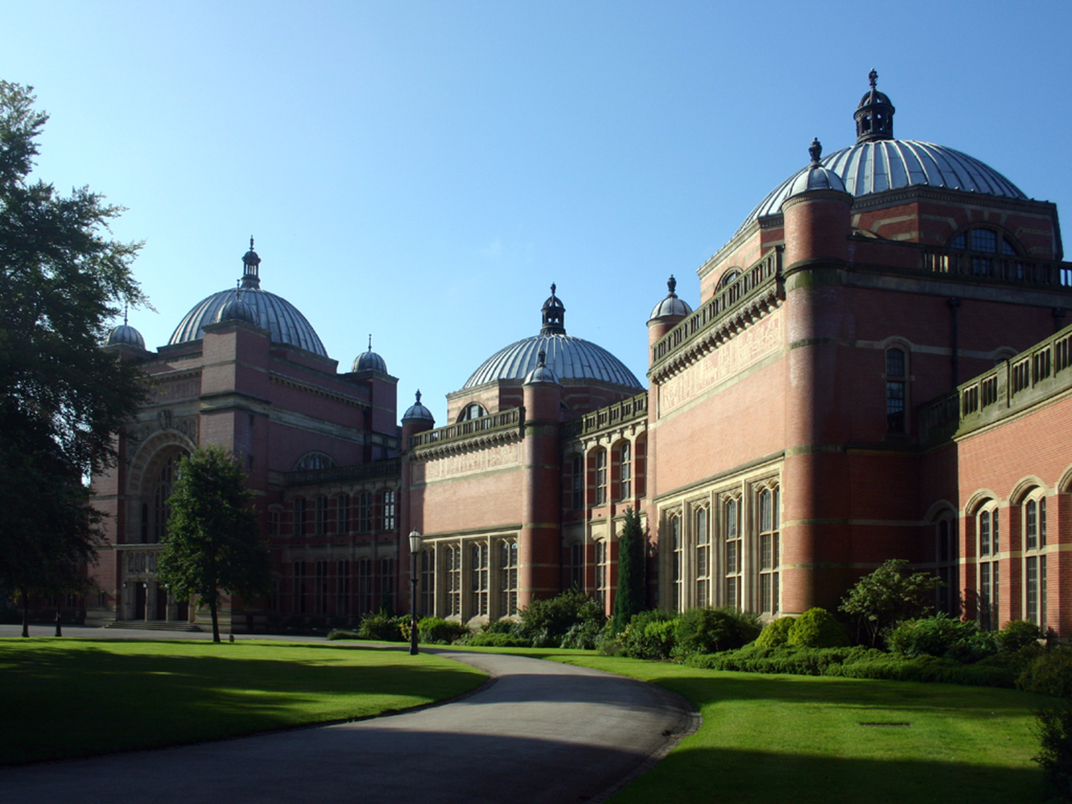 Many thanks to everyone who attended the Birmingham Students Medical Leadership Society’s first ever lecture on November 7th 2013. The committee was extraordinarily pleased with the turn out and hope to see you all at our next lectures. We must also say a big thank you to Dr Nicholas Crombie for being our Inaugural speaker, he gave a fantastic lecture and we have received a number of rave reviews and requests for a follow up lecture next year! Dr Crombie’s talk focussed on three main areas: 1) A short personal history focussing on why and how Dr Crombie became head of one of the UK’s best Pre-Hospital Emergency Medicine (PHEM) services and the first post-graduate dean in charge of PHEM trainees. 2) The majority of the lecture was a case history on the behind the scenes activity that was required to create the West Midlands Pre-Hospital Network and training program. In summary, over a decade ago it was realised that the UK was lagging behind other developed nations in our Emergency Medicine and Trauma service provisions. There were a number of disjointed and only partially trained services in place for major incidents. The British government and a number of leading health think-tanks put forward proposals for creating a modern effective service. Dr Crombie was a senior doctor in the West Midlands air ambulance charity, the BASICS program and had worked with the West Midlands Ambulance service. Dr Crombie was able to collect a team of senior doctors, nurses, paramedics and managers from all of the emergency medicine services and charities within the West Midlands together. This collaboration of ambulance service, charities, BASIC teams, CARE team and NHS Trusts was novel to the UK. The collaboration was able to tender for central government and was the first such scheme in the UK to be approved. Since the scheme’s approval 5 major trauma units have been established within the West Midlands and a new trauma desk was created at the Ambulance service HQ which can call on the help of a number of experienced teams that can be deployed within minutes to a major incident almost anywhere in the West Midlands. This major reformation of a health service was truly inspirational, especially when it was achieved by a number of clinicians with relatively little accredited management training and without them giving up their clinical time, a true clinical leadership success story. 3) The last component of the evening was Dr Crombie’s thoughts on why this project had been successful and how simple basic principles could be applied to almost any other project. Dr Crombie’s 3 big principles were: Collaborate – leave your ego’s at the door and try to put together a team that can work together. If you have to, invite everyone involved to a free dinner at your expense – even doctors don’t turn down free food! Governance – establish a set of rules/guidelines that dictate how your project will be run. Try to get everyone involved singing off the same hymn sheet. A very good example of this from Dr Crombie’s case history was that all of the services involved in the scheme agreed to use the same emergency medicine kit and all follow the same Standard Operating Procedures (SOP), so that when the teams work together they almost work as one single effective team rather than distinct groups that cannot interact. Resilience – the service you reform/create must withstand the test of time. If a project is solely driven by one person then it will collapse as soon as that person moves on. This is a well-known problem with the NHS as a whole, new managers always have “great new ideas” and as soon as that manager changes job all of their hard work goes to waste. To ensure that a project has resilience, the “project manager” must create a sense of purpose and ownership of the project within their teams. Members of the team must “buy in” to the goals of the project and one of the best ways of doing that is to ask the team members for their advice on how the project should proceed. If people feel a project was their idea then they are far more likely to work for it. This requires the manager to keep their ego on a short leash and to let their team take credit. The take home message from this talk was that the days of doctors being purely clinical is over! If you want to be a consultant in any speciality in the future, you will need a basic underlying knowledge of management and leadership. Upcoming events from the Birmingham Students Medical Leadership Society: Wednesday 27th November LT3 Medical School, 6pm ‘Learning to Lead- Preparing the next generation of junior doctors for management’ By Mr Tim Smart, CEO Kings Hospital NHS Trust Thursday 5th December LT3 Medical School, 6pm ‘Why should doctors get involved in management’ By Dr Mark Newbold, CEO of BHH NHS Trust If you would like to get in touch with the society or attend any of our events please do contact us by email or via our Facebook group. We look forward to hearing from you. https://www.facebook.com/groups/676838225676202/ med.leadership.soc.uob@gmail.com
#EmergencyMedicine
#Psychiatry
#HealthEconomics
#Nursing
#Education
#Food
#Government
jacob matthews
about 8 years ago 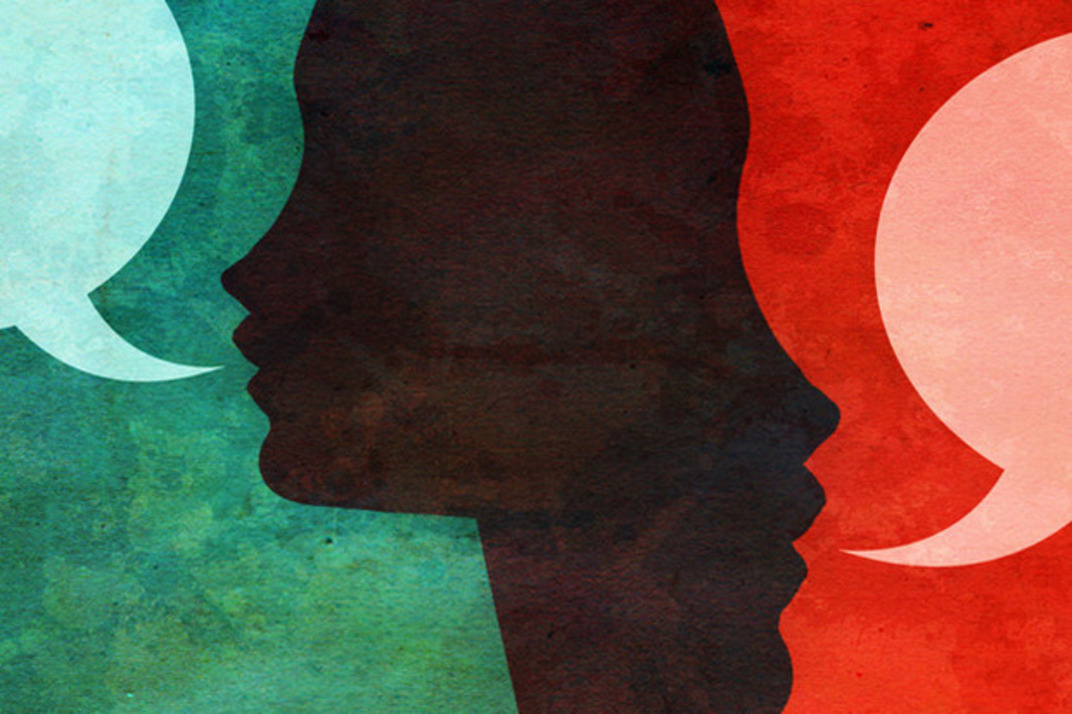 It is important to understand how machine learning helps patients and healthcare staff.
Deleted User
over 5 years ago 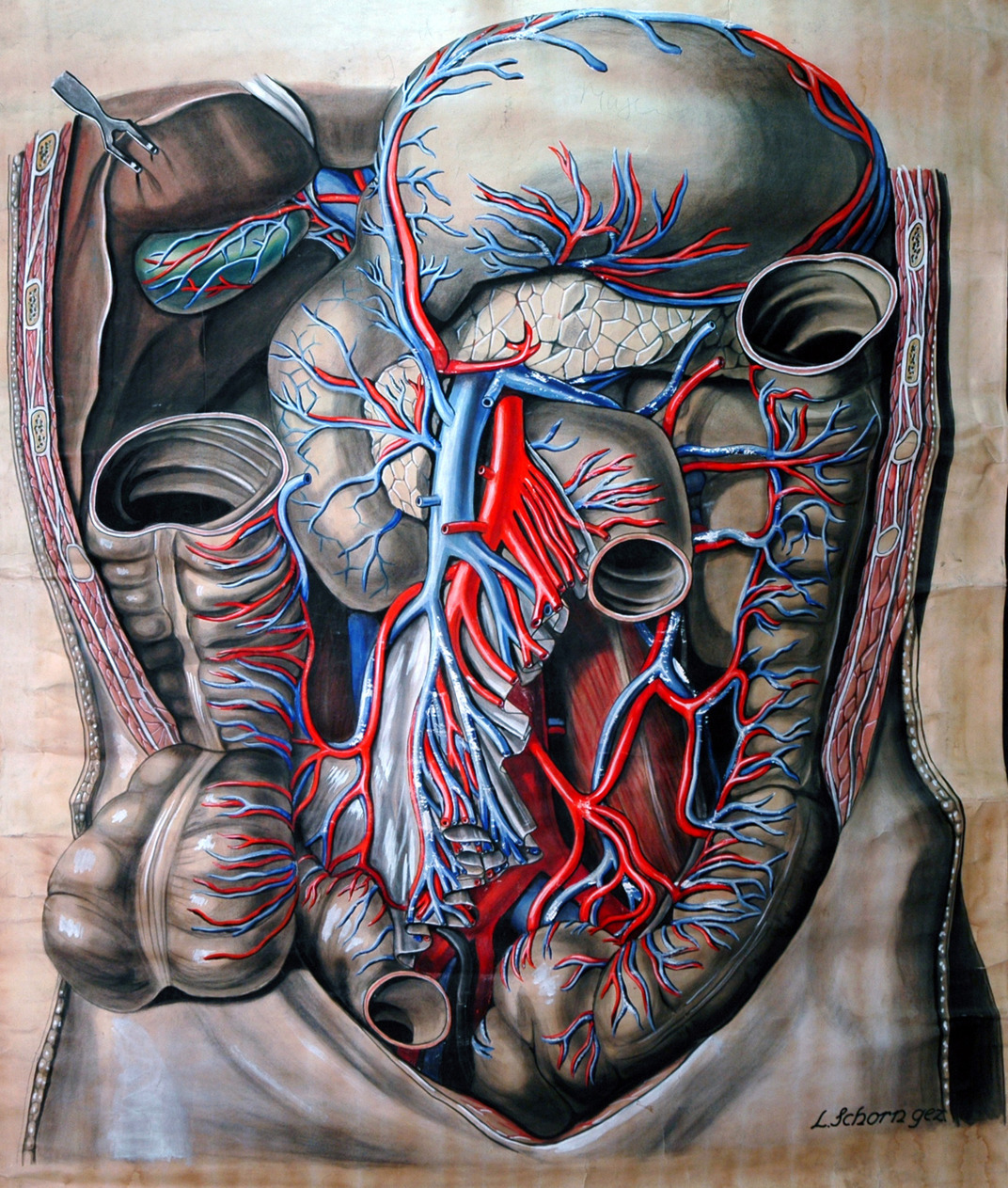 Article has moved. Please go to Kenhub, to read the whole article and find out why learning anatomy with 3d tools is not always the best option.
#Psychiatry
#Anatomy
Niels Hapke
over 8 years ago